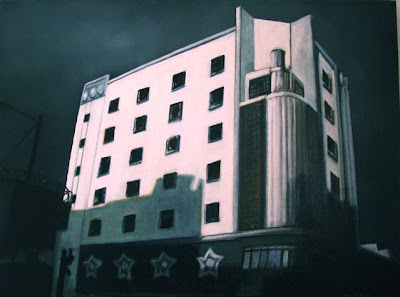 Sometimes it's a single building that catches my eye.  This beauty, called Gallo House, sits in the centre of Joburg near the Fashion District.  I liked its Art Deco lines and the way it responds to the light.
Posted by shannon walbran at 2:49 PM No comments: 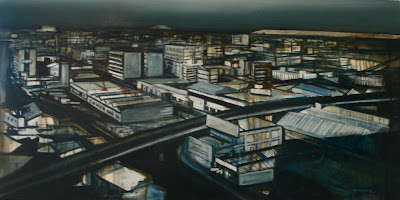 I'm always seeking out new ways to look at Joburg.  It's a city that can be viewed from many directions.  Lately I've concentrated on the "bird's eye view":  not straight down, but at a flattering angle.  Joburg's geometry continues to fascinate me.
Posted by shannon walbran at 4:38 PM No comments: 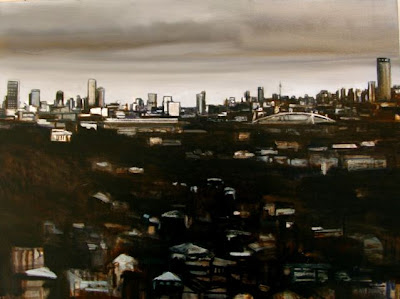 I used to live near Langermann's Kop, a rocky ridge in "the heartbreak East" of Joburg.  The view of the skyline is fantastic, particularly at sunset.
Posted by shannon walbran at 5:50 PM No comments: 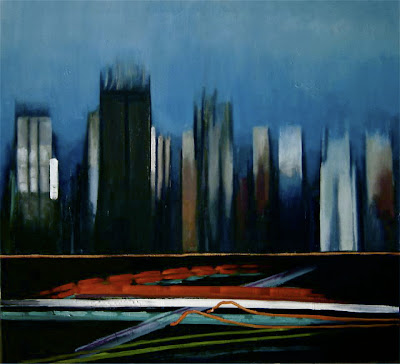 I loved visitng New York in September, and then a few days ago I found this painting of Joburg I made a while ago that reminds me of New York.  Our metropolis Joburg is the Gotham of Africa.
Posted by shannon walbran at 1:40 PM No comments: 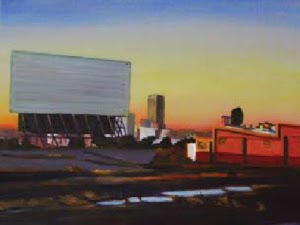 I was featured in an article in the most recent Dekat magazine.  While the reporters interviewed me, I took them up onto the mine dumps and helped them choose vantage points from which to take photographs. They also published a number of my paintings from the mine series.

Here is an excerpt from the article, and you can read the full text after the jump:

For the past 10 years, Hermann has been portraying
Johannesburg’s growth, decline and flow in his paintings
– from lights flashing past on the highway to picture-perfect
panoramas at sunset. His latest exhibition titled Mine is a
documentary of the mine dumps, from Randfontein on the
West Rand to Boksburg on the East Rand. In the middle
is the Top Star drive-in, also portrayed in Hermann’s
paintings, and so we set out to visit this legend out there on
the Johannesburg horizon.

The well-known, sky-high Ster-Kinekor screen still sits on
top of the mine dump next to Simmonds Street South, while
Johannesburg in all its glory buzzes in the background. “To
open a drive-in here was an absolute stroke of genius,”
Hermann tells us, squinting slightly against the bright sunlight.

Read more »
Posted by shannon walbran at 10:42 AM No comments: 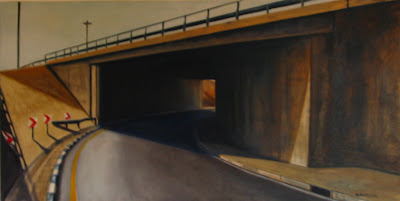 This is the piece I contributed to the 'on the rhodes' show opening tonight at These Four Walls fine art gallery in Observatory, Cape Town.

I painted it in homage to Edward Hopper's 1946 work Approaching a City: 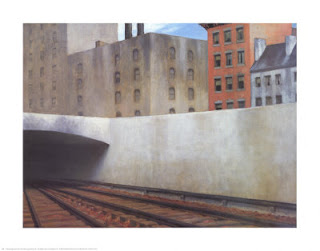 Posted by shannon walbran at 11:51 AM No comments:

Some two decades on, this exhibition gathers together a generation of artists schooled in the Department of Fine Art at Grahamstown's Rhode's University in the late 1980's and early 1990's. From that common ground in the small frontier city at the end of apartheid have led various roads followed by these diverse artists, some very well known, others less so.

'on the rhodes' provides an opportunity for reflection and retrospect, a celebration of shared skills and outlooks, but most of all it suggests the exciting destinations still promised by those early trajectories. It is a timely show and ironically fitting that these once-Grahamstown artists now living all over the world should reconvene momentarily in Cape Town.

Posted by shannon walbran at 3:25 PM No comments: 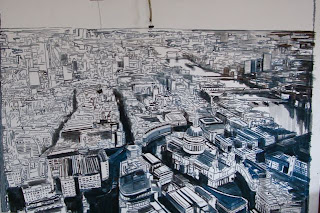 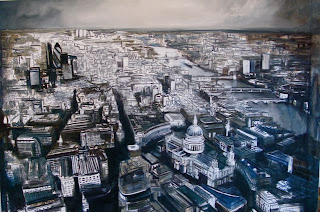 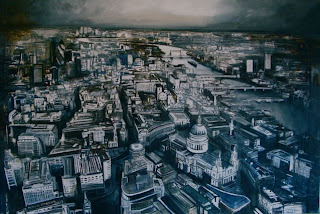 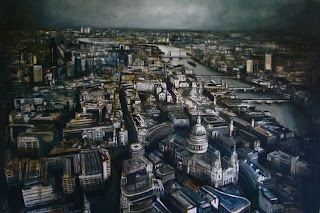 Posted by shannon walbran at 12:21 PM No comments: