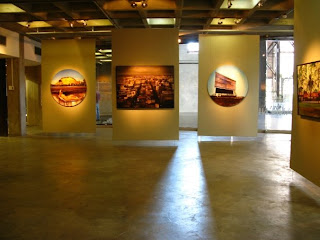 Read more »
Posted by shannon walbran at 7:34 PM No comments: 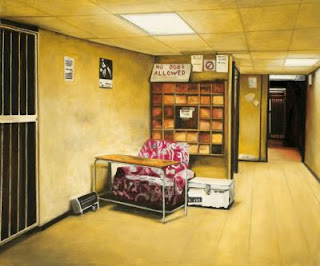 Both projects form part of his exploration of the state of the city. They lead us to pertinent questions about our aims, ideals and sense of belonging. Is Joburg a failed project or a success? Why are we so scared? Is this fear justified?

Read more »
Posted by shannon walbran at 3:48 PM No comments: 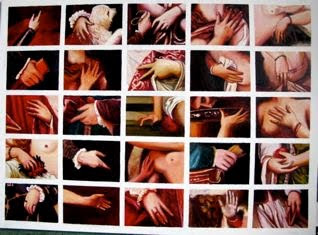 I was looking through art books I had picked up at second hand shops, and it occurred to me to focus on the hands from classical works. I selected 25 of the most beautiful hands from Titian and other masters, and painted them onto one canvas.
Posted by shannon walbran at 10:29 AM No comments: 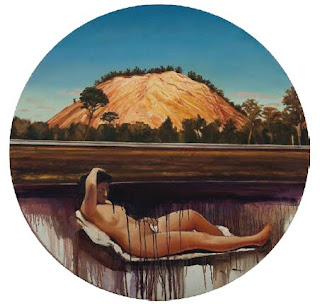 This painting from my recent exhibition mine is called "Corot's mine."

Jean-Baptiste-Camille Corot was a French landscape painter (1796-1875). He is the leading figure of the Barbizon School of painting and became as well known for his portrayals of human figures as for his plein-air (working outside the studio) landscape paintings.

The woman in my painting is a direct reference to Corot's reclining nude, but I have placed her in front of a Johannesburg mine dump. The dark brown "roots" of paint trickle from the landscape over the human figure.

"Corot's mine" is both homage to this master and a merging of the current-day man-made, toxic scenery with the tradition of 19th century landscape painting.

Posted by shannon walbran at 2:08 PM No comments: 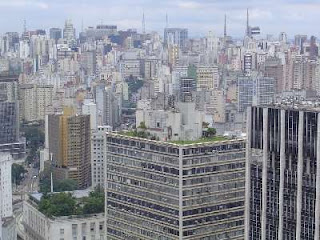 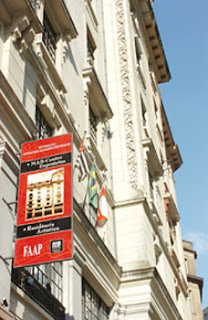 I've just been accepted to an Artist's Residency programme in Sao Paulo, Brazil. We'll be there from 15 August until 15 November 2010.

The programme is run by the Foundation Armando Alvares Penteado, or FAAP. It's attached to a university with an art department, and I'll be giving lectures as well as having dedicated studio time in a beautiful 1920s building in the center of the megalopolis.

Posted by shannon walbran at 4:57 PM No comments: 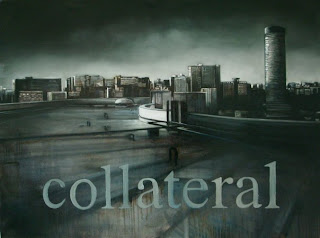 For the story behind the painting ...

Read more »
Posted by shannon walbran at 1:15 PM No comments: